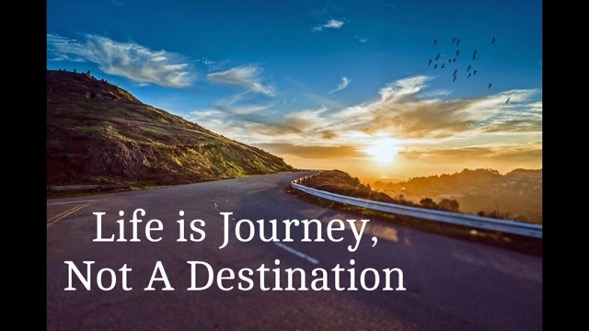 Life is A Journey, Not A Destination

Life is about the journey, not the destination.”  It’s a mindfulness quote, a self-help mantra, and something to remember when you are suffering through a struggle that this thing called life often dumps on us. It’s often attributed to Ralph Waldo Emerson. Aerosmith made it popular in their song Amazing. And as overused as it is and may be seen to be a cliché, when you really think about it and watch someone at the end of a life, you realize that it’s not about where you end up, it’s everything that transpired to bring you there. All the experiences you had, all the good, the bad and the ugly. It’s about each moment. It’s all the events and people that make up the life. That is what a journey is about. It’s not just about when you get there, it’s the packing, the plane, the food, the hotel, the people you meet, everything you see, not just about the final destination. My son and future daughter-in-law just came back from their pre-wedding honeymoon (as they are now on their 3rd wedding date due to COVID) and the honeymoon couldn’t be taken after their now planned date in December. They went on safari in Africa and when they talked about the trip, it wasn’t just about the Safari or Africa, but it was everything they saw and did and the travel, the luggage, the plane, the people, the animals, the places, the food. Even when we take a trip, it’s not only about the destination, its all about the journey!!

And life is so much richer than just your average trip or vacation (even if it is a big one like a honeymoon). There’s so much to feel, taste, smell, touch, and see. There’s so much there to love, hate, to laugh about as well as cry over. Its not about the destination which may have you laying in a hospital bed somewhere, it’s about everything along the way.

Many of you may not know that I am a Howard Stern fan. I listen to his radio show on my way to the studio and laugh at his stupid antics and listen to his very astute interviews. Over the summer he was on hiatus (much to the dismay of his fervent fans) and they replayed older interviews that he had done. I was listening to one with Jonah Hill when he releasing the first film that he had directed. When Howard asked him about making the film and the validation he got for making it, Jonah replied that the only reward of film making is the process.  What a great statement, and it applies to more than just film making. The reward is in the process. And that is the reward of life as well, the process of living, learning and figuring it all out (or maybe not). It’s the journey. We can’t know what is coming, we may never get to the destination we thought we were headed to, but the most important part is the ability to be present every day as the journey of life unfolds, whether you relish it or not, just being present to the process without focusing on arriving at the destination. And therein lies a key to happiness. Allowing the reward to be the process. I hope to see you on your mat this week in any one of our in-studio or online classes where we always explore the journey and dive into the process. 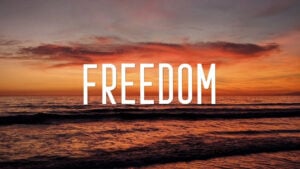 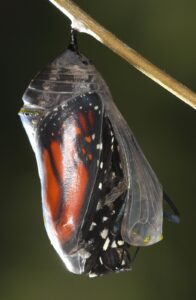